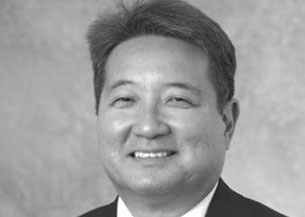 LINCOLN S. T. ASHIDA is a Director in the firm’s Hilo office and practices in the area of commercial, employment, and public-sector litigation. Born in Hilo, Mr. Ashida is the longest serving Corporation Counsel in the history of the County of Hawaiʻi, having served in this position from December 2000 to April 2014. As the County’s former top civil attorney, his clients included the Mayor, Hawaiʻi County Council, and various other County of Hawaiʻi departments and boards and commissions. Mr. Ashida is also a former deputy prosecuting attorney for the County of Hawaiʻi, who successfully prosecuted many high-profile cases and jury trials that received national attention. Mr. Ashida received his Bachelor of Arts degree from the University of Michigan, and his J.D. degree from Creighton University School of Law. Mr. Ashida was the 2009 statewide recipient of the Hawaiʻi State Bar Association’s C. Frederick Schutte award for outstanding contribution to the legal profession in the State of Hawaiʻi. In 2010, Mr. Ashida was the statewide recipient of the Hawaiʻi State Bar Association Government Lawyer’s Section Pro Bono Service Award for outstanding contribution to the community in providing pro bono service and leadership.